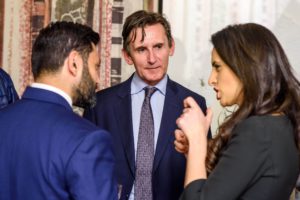 Four years ago, when I was pursuing my own entrepreneurial health venture, through a tech start-up that I founded, I learnt about “paying it forward.” The concept is all about the beneficiary of a good deed repaying it to others instead of to the original benefactor. It is an old idea, with the phrase possibly coined in 1916, but it is being used fervently in the start-up world today. It is particularly prevalent within the Silicon Valley culture, where seasoned entrepreneurs and investors give their time to others seeking help and direction, for no apparent personal gain or commercial return.

For DigitalHealth.London, we’ve seen paying it forward play out in spectacular fashion this April, when we hosted three Israeli-based digital health companies – Day Two, Neurotech Solutions and Orpheus Medical, in London as part of the UK Israel Dangoor Health Initiative. 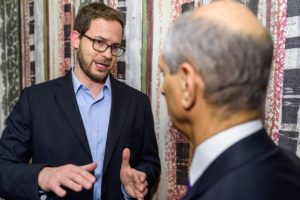 It was a two-day whizz through of the UK healthcare system, with a microscopic focus on London. Seventy-five healthcare experts and practitioners contributed their time by attending themed round tables bespoke to each of the companies, or hosting a site visit. Amongst our guests were the Incoming British Ambassador to Israel, Neil Wigan, and David Dangoor, the philanthropist and financial sponsor of our joint UK Israel Dangoor Health Initiative. All of these individuals participated ‘in kind’, willingly supporting three companies who many had never heard of before.

Six of those who offered  their support came from companies that DigitalHealth.London has closely supported through its Accelerator or other means. This truly was paying it forward at its best, as the companies shared their experiences of navigating the NHS system, and offered follow-up advice. My thanks to MeeTwo, Lantum, Babylon Health, Transforming Systems, Inhealthcare, and Synergix Health for the generosity of their time.

I was also immensely humbled by the interest and generosity shown by the remaining 69 people from mainly the NHS and government who shared their expertise during the visit. DigitalHealth.London would not be where it is today without the support of people like you. We say a massive thank you.