Digital programme Sleepio has been clinically proven to improve both sleep and mental health in the general population, in clinical settings, and in the workplace. How does this work, and what’s the potential impact on the UK’s healthcare system? 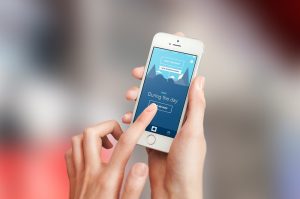 Ten million people in England have a diagnosable mental health problem, yet only one in four currently receives treatment.

Poor sleep is the most common symptom of poor mental health. As anyone who has ever experienced a bad night’s sleep will know, lack of sleep directly impacts on mood, memory, concentration and energy. Chronic sleep problems affect more than two thirds of patients with common mental health disorders and more than half of patients with long-term conditions. Insomnia interferes with self-care, predicts poorer clinical outcomes, and leads to healthcare costs 60-75 per cent higher than good sleepers.

Crucially, sleep and mental health have a two-way relationship; poor sleep more than doubles the risk of depression and anxiety, but treating sleep problems can improve mental health.

In 2015 the NHS spent more than £72 million on prescriptions for hypnotic and anxiolytic drugs, at a rate of 300,000 prescriptions per week. Hypnotics do not address the root causes of insomnia, and increase the risks of emergency hospital admissions.

The latest Clinical Guidelines recommend that Cognitive Behavioural Therapy for Insomnia (CBT-I) should be the first line treatment for insomnia. Yet it has been estimated that only one per cent of insomnia sufferers are able to access CBT-I from a therapist owing to a lack of trained providers.

Sleepio is an evidence-based digital sleep improvement programme, delivered via web and mobile.

It provides tools and techniques based on Cognitive Behavioural Therapy for Insomnia (CBT-I), which is recommended by the National Institute for Health and Care Excellence (NICE) for the treatment of chronic insomnia. Cognitive techniques help to address the racing mind, and behavioural strategies help to reset sleep patterns.

Sleepio is structured around six weekly interactive sessions with ‘The Prof’, your animated therapist. Content is fully automated, and therefore scalable, but is personalised based on data which users input via surveys and sleep diaries. Users also have an option to integrate sleep data from tracking devices, such as Fitbit. Users can complete the programme online using a desktop or tablet, or have the option to use an iOS app.

The programme is underpinned by a motivational system that includes personalised text messages and emails. An online community offers support from other users and ‘graduates’ who have completed the programme. Users can ask questions to sleep experts via a weekly live Q&A session, which is text based.

In workplace settings in the UK and US, Sleepio has been made available to hundreds of thousands of poor sleepers through a self-referral process, reducing the burden on primary care services.

Sleepio has been clinically proven to improve both sleep and mental health in the general population, in clinical settings, and in the workplace.

In particular, routine data from psychological therapies providers revealed that 68 per cent of patients using Sleepio moved to recovery, compared with a national average of 45 per cent for CBT providers, and a national target of 50 per cent.

To date, Sleepio has been the subject of 16 published research papers, including five randomised controlled trials.

Sleepio is being offered by a number of psychological therapies providers as part of the national IAPT programme (Improving Access to Psychological Therapies). The majority of these sites are in the North West of England, but Sleepio has also been piloted by Camden and Islington’s iCope service.

The team at Big Health, the company behind Sleepio, are currently recruiting primary care practices to take part in a large-scale pilot to demonstrate the impact of Sleepio on reducing hypnotics prescribing.

Sleep problems do not carry the potential stigma of anxiety or depression, and therefore promoting help for sleep improvement could widen access to effective care.

According to Nick Baldwin, eTherapy Co-ordinator at Self Help Services:

“Through using Sleepio at Self Help Services, we have supported clients to learn techniques that have not only helped their quality and quantity of sleep but reduce symptoms of depression and anxiety. We have seen these improvements in standard IAPT questionnaires and in feedback from clients during their weekly support calls. Our Sleepio service has helped clients gain independence and control over their sleep and general wellbeing. Both ourselves and clients are pleased to be involved in a free, accessible service that has been positively received and successful. Our recovery rate for Sleepio is above the IAPT average and attests to the success of the Sleepio project.”

In 2015, Sleepio was one of 17 proven innovations selected for the NHS Innovation Accelerator (NIA); a nationwide programme run by NHS England and UCLPartners (one of London’s three Academic Health Science Networks) in partnership with the 15 Academic Health Science Networks across England. The NIA supports the best evidence-based innovations that improve health outcomes and reduce cost to give more patients and clinicians access to the latest products, services and technology. An additional eight Fellows will be announced in November 2016.