We explore how aparito’s tech solution addresses the needs of its stakeholders simultaneously, thereby overcoming the economic challenges of bringing innovative and affordable medicines to patients with rare disease. 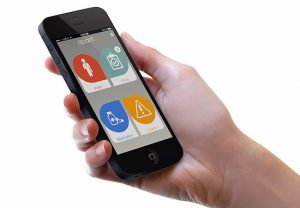 A rare disease is defined by the EU as one that affects less than five in 10,000 of the general population. In the US it is defined as one in 200,000. Although individually rare, cumulatively there are between 6,000 and 8,000 known rare diseases. Examples include some rare childhood cancers, and other better-known conditions such as cystic fibrosis and Huntington’s disease.

The total number of rare diseases is gradually rising due to a new genetic research that discovers new diseases patterns (UK Department of Health, 2013).

It is estimated that around five new rare diseases are described in medical literature each week.

In Europe, there are estimated to be 30 million people who have a rare disease, of which 75 per cent are children (PPi Healthcare Consulting, 2015). 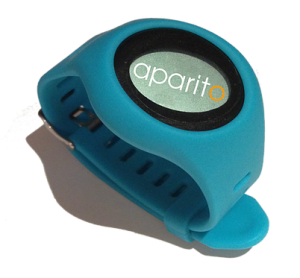 Challenges affecting the delivery of care

In April 2014, there were a reported 2,476 ongoing national or international clinical trials for 629 rare diseases, with an estimated average Phase III clinical trial cost for an orphan drug of $103million(2). Phase III orphan drugs currently in development will cost $6.9billion on Phase III trials alone.

However 42 per cent of paediatric clinical trials fail to demonstrate a conclusive result for either efficacy or safety, and of the 103 orphan drugs approved in the EU, 37 per cent failed at the HTA stage due to insufficient payer information. (Whorton, G.T., 2014)

Better data is therefore required to bring innovative and affordable drugs to market for these rare diseases.

The combination of a wearable device and a phone app provides objective functional data about a patients’ health, which is supplemented with qualitative data from the app regarding medication adherence, health care usage, adverse events and Patient Reported Outcomes (PROs).

This means the patient can avoid invasive hospital based tests that only provide a sterile snapshot insight into disease severity and impact. 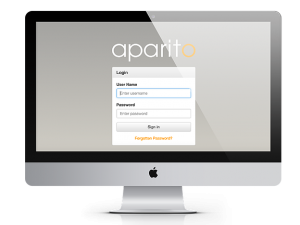 aparito has worked in partnership with patient organisations (Lysosomal Storage Disorder Support Society, Niemann Pick Association, International Niemann Pick Disease Alliance, Gaucher Disease UK Association) for each of the disease groups that they’re now operating in to ensure that the development is in line with what is important to patients and families.

Patients with rare diseases are highly knowledgeable about their diseases, and highly motivated and engaged to support disease learning. Providing a platform that allows patients and families to be in control of data sharing is a powerful step towards this.

Since starting in January 2015, aparito has been awarded the UnLtd Millennium Award, 2015 Nominet 100 award and the Nesta 50 New Radicals award.

To date, aparito has deployed a study in India for monitoring patients with Gaucher disease TI.

In America, the National Institute of Health contracted a study for Late Onset Tay Sachs.

Additional studies that are contracted and should be up and running before the end of the year, are in Juvenile Idiopathic Arthritis and neuronopathic Gaucher disease.

aparito was brought to life initially with funding from Bethnal Green Ventures. A year later it was awarded a place on the Velocity Health accelerator programme.

aparito has a target to scale at least 20 more rare diseases, in addition to those listed above, by the end of 2017.

Impact on the healthcare system

“This is particularly so because there are so many different stakeholders, from regulator to reimbursement agency, clinicians, and of course patients. aparito has developed a tech solution that is set to address the needs of all these stakeholders simultaneously.”

aparito was one of the first start-up companies selected to join Velocity Health earlier this year.

As part of Velocity Health’s ten-month programme, which started in February 2016, aparito is currently benefitting from a network of mentors, coaches and investors. This network will nurture the entrepreneurial talent and technical expertise of aparito to enable the company to scale.