A lot of things happen in 90 seconds:

Would you be ready to pitch your business in just 90 seconds? Sound impossible? How can you ever provide all the necessary information in just one and a half minutes? Applicants for the RYSE Early Stage Opportunity Fund will need to do exactly that – but don’t worry it’s not as daunting as it sounds and as always, DigitalHealth.London is ready with help and advice on how to make the very most of this opportunity.

Believe it or not, 90 seconds is plenty of time to introduce yourself and pitch your business, and your goals. Just follow these four steps any you’ll be able to create not just a 90-second pitch, but a GREAT 90-second pitch.

Every notable speech has a powerful opening to capture the audience’s attention, and that’s exactly what your pitch needs. Whatever you do to achieve this, relate it to what you’re speaking about. It could be a quote or a statistic, something dramatic to really get their attention.  You won’t be able to interact with your audience on film so make it powerful to make them feel involved and want to move in closer. It could even be something as simple as wearing a memorable accessory or using a prop, something to make people look at you and remember you (favourably!). You need to clearly communicate what it is you’re pitching within the first 15 seconds.

Now that you’ve introduced yourself in an interesting way, it’s time to move on to the meat of your pitch; what exactly your company is about.  The trick here is to use as few words as possible. There isn’t a real correlation between your innovation or company and the time it takes to describe its fundamentals or principles. Your audience just needs to understand the importance of what you’re doing and genuinely believe that you thoroughly understand the challenge your innovation or company is here to solve.  This section should communicate your goals, how you’re going to achieve them, together with the value your innovation brings.

You’re 30 seconds in and you’ve already captured your audience’s attention and explained the core of your company. Now you need to talk about the progress you’ve made. You’ll need facts, not just ideas, to prove that you’ve thoroughly considered how to grow your company. Talk about any money you’ve made so far, the advisors you’ve recruited, partnerships you’ve formed, anything to show that you’re serious about the future. Talk about the team you’ve put together, their energy, commitment and expertise as well as where you want to improve or advance in the short and long terms. Demonstrate that you have a solid foundation or progress to date and understand what you need to take your company to the next level. 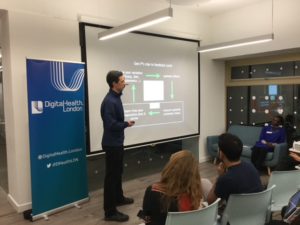 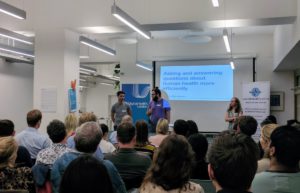 At the end of your pitch, you must clearly communicate why you want to meet RYSE Asset Management. You can see more about what they are looking for here. Thank the audience for their time, and your closing 5-10 seconds will have been well spent.

Think you can create an amazing 90-second pitch but not sure how to capture it?

Any hand held mobile device that can record film will be fine. There’s absolutely no need to commission expensive film production or editing. The film of our Programme Director here was made on an iPhone SE using a small tripod, plug-in microphone and edited on an iPad mini in just a few hours by one of our team who is, by her own admission, a complete novice at film making.

Here are her top tips for making your film;

Make sure you have enough memory on your device to record a short film – there’s nothing worse than delivering an Oscar winning piece and finding you’ve run out of space.

Make sure your device is in a fixed position and not hand held – camera wobble is inevitable however steady handed a helpful assistant is. A small tripod can be invaluable or just place your device somewhere it will be stable and steady throughout your filming.

Make sure you’ve got good lighting – daylight is perfect for these films, so a room with plenty of natural daylight or close to a window in a darker room is ideal. Mornings give the very best light so do think about getting an early start.

Check the background to your film – make sure you aren’t filming in front of anything that will distract the viewer – particularly anything you’d rather not have on a film that is pitching your business!

Think about ambient sound – is there background noise? A small (inexpensive) plug-in microphone can be useful if sound is an issue. Our film had a lot of echoing background noise that was significantly reduced with a mic.

Film format – save your film in MP4 format and upload to You Tube as directed in the application portal.