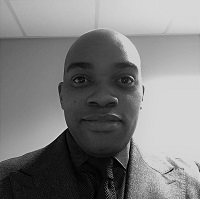 “This year marks my 15th year in the NHS. I’ve had the privilege of working in seven NHS organisations doing a variety of roles. I enjoy converting ‘digital doubters’ into believers and discovering new innovations. Digital transformation is critical as it will enable us to help patients in ways we were previously unable to.”

Project: Rollout and development of the Health Help Now app

Organisation: Brent CCG The project was the rollout and development of the STP app called Health Help Now. The app is developed by the NELCSU and is released in Harrow, Brent and Central London (June 2018). Deployment: The app has been signed off by all 8 CCGs and is at various stages of development. There are a number of reasons for this, but CCG engagement and ownership is the biggest barrier. Development: The app has various major development which is taking place over the next 6 months including the Citizen ID work, Use of Beacons at hospitals for wayfinding, NHS Choices integration, Digital Social Prescribing and Digital PAM completion amongst other tools. It involves a lot of networking and separate project monitoring due to the actions/milestones involved. Essentially, we want the app to be the ‘ecosystem’ for digital provision across NW London. Not to reinvent the wheel, but to signpost patients to safe apps and tools.
We use cookies on our website to give you the most relevant experience by remembering your preferences and repeat visits. By clicking “Accept”, you consent to the use of ALL the cookies.
Cookie settingsACCEPT
Privacy & Cookies Policy

Any cookies that may not be particularly necessary for the website to function and is used specifically to collect user personal data via analytics, ads, other embedded contents are termed as non-necessary cookies. It is mandatory to procure user consent prior to running these cookies on your website.