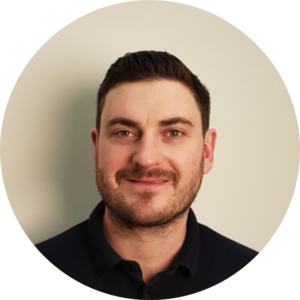 Back in 2015 Stephen Bourke’s dad suggested that he should ask the NHS to invest in his company, Echo. He laughed at the notion and told him that they’d never get past the politics. But four years later, having run the fundraising gauntlet several times, this answer doesn’t seem good enough. The mission is too pressing, too important, says Stephen.

Healthtech firms looking to crack the NHS face a number of industry-specific fundraising challenges. The first is where to raise money.

UK life science funds seem like an obvious fit – they employ sophisticated investors who understand healthcare. But these funds are dominated by pharma and drug discovery, and people who fund biologics won’t typically fund, say, a hospital appointment booking app. They absolutely should by the way, and a few Tech Transfer funds are widening their scope, but it’s rare.

Next is the traditional VC route. The NHS’s high-volume / low-margin economics, combined with severe market fragmentation (200+ CCGs, 7000+ GP surgeries), makes e-commerce style payback models hard to reconcile. There are maybe a half a dozen European VCs with the patience, capital and conviction to make it work.

A lot of the value generated by healthtech is intangible or illiquid, particularly given the near-infinite demand for healthcare services. NHS system savings will always get spent on the next burning priority, which means gain-share models are difficult to get right. This makes meeting standard VC fund timescales that bit harder.

Finally, scaling in the NHS is tough. Decentralised decision making and myriad budget holders means founders spend their life on the road, pitching contract by contract, until they either break even or (more likely) run out of cash. The NHS is acutely aware of this, and has set up bodies like the DigitalHealth.London Accelerator, NHS Innovation Accelerator, Academic Health Science Network and most recently the Accelerated Access Collaborative to address this. But more is needed still.

Could a new “NHS Ventures” be the future? Asks Stephen

At a recent event a colleague raised the fact the NHS is considering issuing a bond to pay for big, meaty NHS innovation. I think it’s time to consider taking this further still. So a modest proposal: NHS Ventures.

Fund 1 would be administered by a world class team of investors with a [proven] social bias and deep understanding of UK politics. The government, as founding LP, puts in £200M on behalf of the NHS and private investors stump up £800M. The NHS should get preferential and / or discounted shares as a ‘social premium’. I understand that there significant demand for NHS know-how, so the fund should be oversubscribed.

And for those who claim the NHS shouldn’t gamble with taxpayers’ funds? I would say a well-run VC is the least of our worries. And there is precedent, but my lips are sealed as to who got the cash (not Echo).

And how to fund it? Charging just 10% of people over 60 the standard prescription fee of £9 per item would raise over £1bn. Easy peasy 😉

Isla: Why we’ve had to bend start up rules for healthcare…

James Jurkiewicz, co-founder of DigitalHealth.London Launchpad company Isla, shares their learnings from the company's first six months of developing a product in the health tech space…

Through-out May and June we supported a number of our SME founders and innovators who identify as being from under-represented groups in digital health tech (BAME, women and people living with disabilities) to amply their voice and share their experiences in the sector. At the DigitalHealth.London Accelerator, we believe that diversity and inclusion is central […]

As part of HTN Digital Week, DigitalHealth.London Accelerator hosted a webinar on the topic of accelerating digital health.