Blog
How Virtual Reality can increase access to psychological therapies 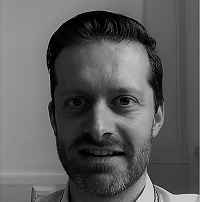 If I was to tell you I had found a way to increase access to psychological therapies using a virtual reality (VR) headset whilst standing on a busy UK high street and offering passers-by to ride a rollercoaster, or soar through the sky using a wing suit, would you believe me? Many wouldn’t, but the reality is (virtual or otherwise), that it works and it’s something that I am testing out with my digital pioneers network see if it is replicable and whether it could be scaled up so it is of benefit to services up and down the land.

I manage the Grenfell Health and Wellbeing Service, a service established following the Grenfell Tower Tragedy in June 2017 to offer mental health support to the survivors, bereaved and the community affected by the tragic event. In the initial weeks and months following the fire, it was clear that we would have to trial a number of new ways to reach out to the community who were not trusting of government agencies. As well as knocking on people’s doors and visiting their places of work, we started to offer access to VR in public spaces. At first it was simply as a way of socially connecting the community and doing something interesting and fun. However, we soon realised that the community were very accepting of VR and also interacted with the person offering the VR very positively. So we realized that we should perhaps try to screen some of the people we talked to after they had used the VR. And this is where what I like to call the ‘happy accidents’ began…

Firstly we found people were very receptive to a conversation immediately following the VR experience. A mixture of positive energy, adrenalin from using the VR itself and a sense of shared experience creates a level of trust and openness between clinician and viewer and encourages positive conversation. We were then able to simply ask if people were from the local area and had they been affected by Grenfell, or did they know anyone who had. Rather than the usual luke warm reaction following a knock at their door, an interaction at a community event or psycho-education session, people have been positively disposed to talking about what they knew, saw or felt about the fire. This took us by great surprise at first, but when it continued to consistently happen, we knew we were on to something.

So usually, we would only be handing out flyers or leaflets, making people aware of the service and hoping they might refer at a later date, but as mentioned, happy accident number one occurred as a response to using VR to engage. People have been happy to be screened straight away. Training therapists up to screen people in a conversational style meant that we were able to fulfil part of our remit as a screen and treat programme and identify whether people had signs and symptoms of trauma straight away

The second happy accident was an ability to easily engage high numbers of traditionally ‘hard to reach’ groups; everyone wanted a go at VR. Race, culture, gender or age weren’t prohibitive factors to engagement, and critically, screening too. It is a well-established fact that fewer men, older adults and black, minority ethnic and refugee community members are represented in IAPT services nationally. To be able to engage these groups in equal numbers and talk about a difficult and traumatic event in a public space has been a revelation.

On Thursday 4 April 2019 we hosted the first day of our 2019 cohort of the Digital Pioneer Fellowship. Here are some of our photo highlights from the day.

On Monday 4 March 2019 NICE published an updated version of its evidence standards framework for digital health technologies (DHTs) that sets out the evidence requirements for different types of DHTs.

Announcing the 2019 cohort of the NHS Digital Pioneer Fellowship Programme

Announcing details of the 2019 cohort of NHS Digital Pioneer Fellows- find out who they are and what their plans are.