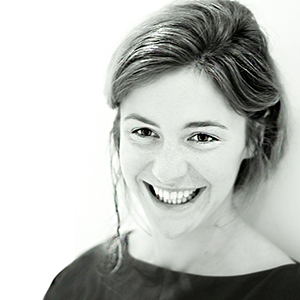 The markets were wrong; the bookies were wrong; many Brexiters were wrong. The UK has voted to leave the European Union – but that doesn’t change the central role digital health has in the transformation of London’s health and wellbeing.

The result is not what the vast majority of London tech companies had hoped for. A poll showed 87% of London tech workers were against leaving the EU. The reasons have been discussed at length (see here), centred on implications for hiring of staff, data standards, intellectual property rights and funding sources. The NHS was heatedly discussed too during Brexit, and unsurprisingly, the promise of an extra “£350 million a week” redirected towards the NHS was rapidly back-tracked upon.

Just as before the referendum, uncertainty plagued the decisions – this has not changed. No one knows what the divorce from Brussels really means. Will more sovereignty create opportunities for local and more tailored legislation? Will we see a drain of intellectual capital? Or will the digital market continue to transcend borders and laws? But beneath the ever-more apocalyptic headlines, business continues as usual.

Reducing uncertainty is the real issue for SMEs in digital health and across the wider tech community. Signalling that London remains open for business is therefore more important than ever. DH.L and HealthTech Women UK are doing our bit, by supporting companies, entrepreneurs and a thriving digital health community.

For example, DH.L will be supporting around 30 companies through the DH.L Accelerator programme from September to ease the way into the NHS. We are also working closely with NHS England to overcome barriers such as interoperability and open data standards. At the same time, London’s five Sustainability and Transformation Plans offer plenty of opportunities for digital solutions.

HealthTech Women UK will grow evermore, as one of the largest cross-sector networks in digital health. We will continue to bring together a broad range of stakeholders, support female entrepreneurs through mentorship and legal advice and facilitate national exchange and learning across all our UK hubs, from London to Leeds to Bristol.

But now we must regain perspective. In all likelihood nothing will change for at least two years, during which many other EU countries’ membership may also be challenged, as public calls for referenda resound across France and Netherlands.

The UK has not left Europe, it has left the EU, and remains part of 18 other international organisations. A substantial majority of London and Scotland as well as Northern Ireland has voted to remain in the EU. London is still the largest English-speaking city in the world, an epicentre of technology activity and an attractive place for investors. The London tech community has strong connections with the rest of Europe and has always been fluid and adaptable. At the same time, the challenges in the London health sector remain as pertinent as ever.

But any crisis offers opportunities, even if the result of the referendum is not what London’s tech companies may have hoped for. The challenges for the London health economy were significant before Brexit, and will remain as such in the coming future. Digital health has the potential to address these challenges and transform health care in the capital. Leaving the EU will not have changed this, and if anything, will further stimulate the need for effective and widespread technology adoption to improve healthcare and save costs.

“Keep Calm and Carry On” has become a mantra, woven into the British psyche (as well as sofa cushions). This resonates true more than ever in the aftermath of Friday’s results